Sello Pesa and Humphrey Maleka have been invited by Studios Kabako to a January Residency in Kisangani DRC.

«Converting Eviction» was developed between Sello Pesa/Ntsoana (Johannesburg, South Africa) and Tim Zulauf/KMUProduktionen (Zürich, Switzerland). The project invented a kaleidoscopic theatrical installation of performance, videodocuments, acting and music, which delved into South Africa’s dense and extraordinary de-colonising struggles with for reparation and debt relief decolonisation. The project dealt with the history of property, belonging and the ability to create meaningful lives within dysfunctional structures. It was concerned with global and Swiss involvement into Apartheid, how the structures from these former economic relations perpetuate today.

European Premiere on the 6th of November 2019 at the SpielArt Festival in Munich with an Artist’s talk on the 7th of November following on from the performance. 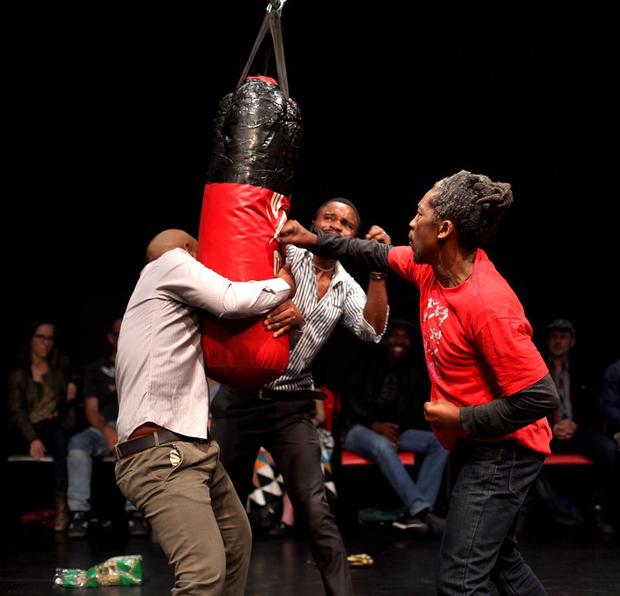 Ntsoana was privileged to have been a part of Season 6 at the Centre For The Less Good Idea. Artistic Director, Sello Pesa, co -curated the Season with Thireshen Govender. Season 6 brought together various arts practitioners; community groups, vocalists, dancers, theatre practitioners, writers, composers, visual artists, and cultural entrepreneurs will Focus on the themes of public and private space found act of ‘work’.

Humphrey Maleka created a new piece which premiered at the Season.

Converting Eviction is a project between South African and German/Swiss artists Sello Pesa and Tim Zulauf. The first stage of the project involved Humphrey Maleka (SA) and Hlengiwe Lushaba Madlala (SA), Vivien Bullert (DE/CH) and Christoph Rath (AU/CH) as performers, as well as musician Tracy September (SA/CH) and Sandi MX Blouse (SA) and took place in Johannesburg in May 2019.

The premiere of the work took place at the Centre For The Less Good Idea as a part of their For Once Programme.

Second stage of the project took place with performances 23 November at Uncle Tom’s, Soweto, 28, 29 & 30 November 2019 Wits Amphitheatre and at the State Theatre Pretoria on the 2nd December as part ogf their 16 Days of Activism Platform. The second phase saw the inclusion of MoMo Matsunyane. 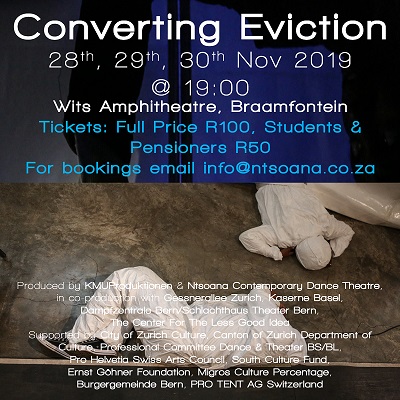 Ntsoana performed Bag Beatings at the Live Art Festival in Cape Town on Sunday the 9th of September 2018.
Joining Ntsoana in this powerful work were Hlengiwe Lushaba Madlala and Ange Bembeka. 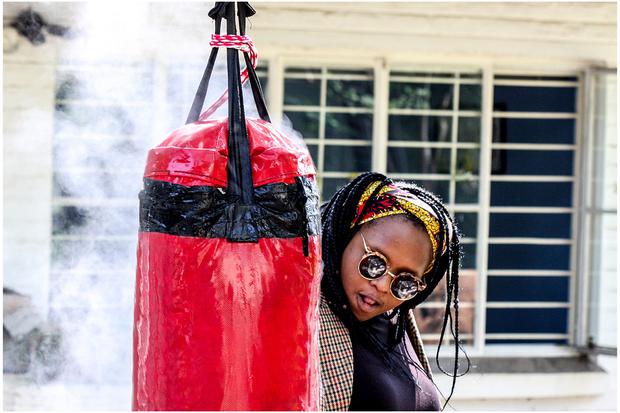 To pack and unpack - process driven, responsive, immersive and site specific movement investigating what constitutes dance
at the Centre For the Less Good Idea Season 3
11 - 14 April 2018

Ntsoana was honoured to be performing at the 30th Anniversary and last Dance Umbrella at the Wits Downstairs Theatre, 15 and 16 of March 2018
This hard hitting work featured Hlengiwe Lushaba Madlala and Ange Bambeka. 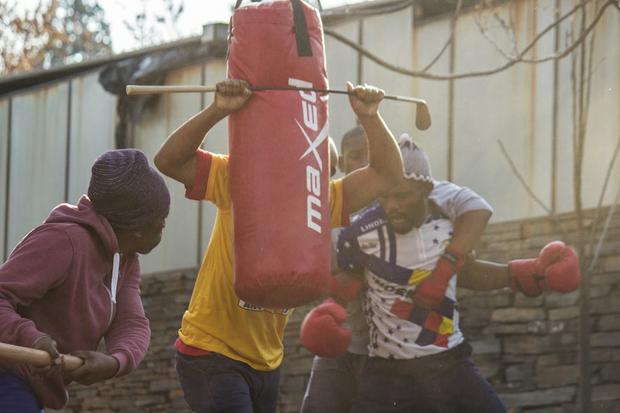 20 years after studying in the UK, Sello Pesa returned to London to present his solo work, After Tears, for the last time. The performances took place on the 16th and 17th of October 2017 and formed part of the London Dance Umbrella’s Out of the System festival within a festival which was curated by guest programmer Feddie Addaie-Opoku.
Sello also took part in a panel discussion at Wayne McGregor Studio on the 18th of October.
click here for more information on Out of the System 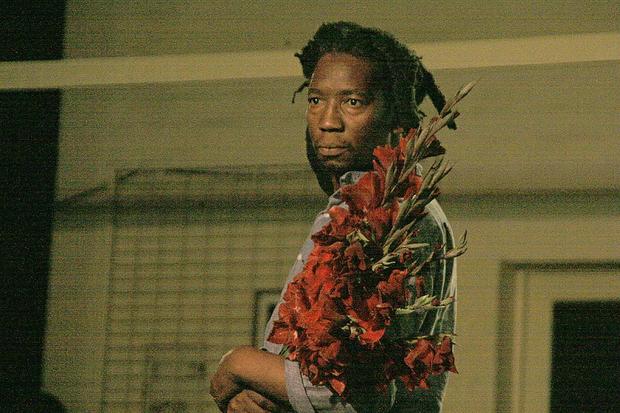 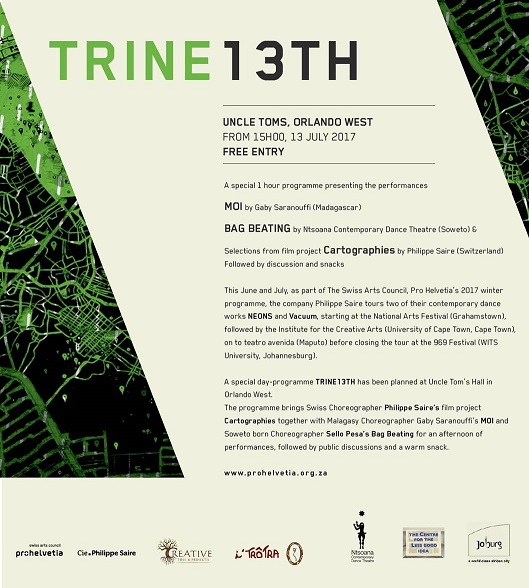